Please be sure to read the update at the end...

I don't usually voice an opinion here about issues, however...

I have to say I was shocked today when I read that World Vision is now changing their policies and hiring gay married couples.

The article goes on to say:

"Stearns (president) hopes to inspire Christian unity by changing the employment policy to be more inclusive of gay Christians. He told Christianity Today that the decision was "symbolic not of compromise but of [Christian] unity."

When I was growing up in Pasadena, California, one of our dear friends was Bob Pierce, the founder of World Vision. Our familes were friends. My sister and I worked in their headquarters building downtown when we were teenagers.

World Vision is dear to my heart.

There are standards and commands that God has clearly given to us. When an organization is as solid as I have always felt this one is, it makes me want to raise my hand and say... how is this okay?

It feels like the things that we stand for and stand on, based on God's Word, are being watered down and compromised all around us, and that we as Christians are the oddballs. Do you get that feeling sometimes?

Gay marriage isn't about whether or not God loves us all... He DOES... but he also has set standards for marriage that are clear, and if we as believers begin to change those boundaries, we are in essence telling the world that what God has declared may not be quite the way we think it should be, so we will give in a little and show our tolerance by lowering his design for marriage to what we are being inundated with in our society...

I would really love your comments on this. It is a disturbing trend that we seem to be seeing all over the place.

They call it compassion, etc....


Letter: 'We failed to be consistent with World Vision U.S.’s commitment to the traditional understanding of Biblical marriage and our own Statement of Faith'.

Wow! That is a direct answer to prayer!
Posted by http://bitsandpieces-sonja.blogspot.com/ at 8:06 AM

Well I hope you have room up there on that soap box for me because I just couldn't agree more. Soo sad. Where did the lines get smudged between what is right and wrong, being about rather or not it means "Does He love us all?" OF COURSE He does. We are ALL sinners. And yet, there are certain standards and principles He set into place that SHOULD NOT be messed with. Tolerance for what the Bible declares as sin does NOT make us more loving or more Christ-like, but rather waters down His principles and commands and turns us instead into the "luke warm Christian" that He wants to vomit from His mouth. Going through the book of Daniel right now with Beth Moore has made me see the Babylonian like life style and culture we all live in today. It is changing the way we see these things and NOT for the better. How sad to hear about this. And the ramifications for it are HUGE in what it says to society and to those who don't know Him or His Word. Sorry, but this did get me riled up. Glad you posted it. I will be checking back later to see what others have to say as well. Enjoy your day Sonja!

I totally agree with you? It saddens me when we as Christians water down the Word. Why is it so hard for society to understand that we all have sins that we have to resist. Homosexuality is a sin but so is adultery ! God loves and forgives both but will not condone either. Their is a small separation between the church and the world but as the world gets more perverse the gap does not get wider but stays the same, thus the church is compromising more and more.

I agree completely. People are very misinformed if they think you can be a Christian and live a gay lifestyle. The word Christian means Christ-like and going against what God has deemed sinful makes you just the opposite. If the Bible says God considers homosexuality a stench in His nostrils and also calls being attracted to the same sex unnatural, then I believe God does not approve of homosexuality so neither should those who follow Him. Romans 1:26-27, 1 Cor. 6:9-11, 1 Tim.1:9-11 make it pretty clear, I think. Franklin Graham's Huff Post interview makes him out to be just awful for stating the truth.

That is NOT unity, it is compromise. I hate to hear this news!! But we can still stand for truth.

Dangerous ground for Stearns to be on. We do a lost world no favors to "soften" God's Word.

Who was it who said, if we stand for nothing we will fall for everything.
It is a sad picture of leadership today I am afraid. A friend of mine in a Christian organization said, that she thinks ministry is guided by attorneys rather than the Holy Spirit.
I read that announcement yesterday and I was so sad.
It is that part about Laodica. You know the part. As with everything greed is behind the move. If you were either hot or cold...
Sad times, but Jesus said it would be like this.

You have ruined my day. But thanks for
keeping me informed. I appreciate it.

Love that update! It is an answer to prayer.

Glad for the update, too. But I'm so glad you wrote this and shared your heart as a Christian (and a mighty one at that.) I feel exactly like you about this issue.

Thank you for stopping by and sharing in our family joy!

Oh, I soooo agree Sonja! We have been supporters of World Vision for years and have toured their fabulous headquarters. I was sooo disappointed when this news came out and was praying about what we would decide to do about our support when heard that they had reversed their decision. Yes, an answer to prayer!

elaine @ peace for the journey said...

I am so grateful for Franklin Graham who spoke up. I only wish more Christians (in the spot light) would be so vocal. Sadly, there are far too many Christians who are sitting by in silence. It has greatly burdened my heart this week; I am glad for the glimmers of faith I see and the boldness therein. Thank you for being one of them.

peace~elaine
PS: You're the winner of one of Leah's books. Let me which one you would like. Her Bible study is awesome!

I read your post while I was out of town but wanted to come back to comment. Now I'm so glad they reversed their decision. We have to stay true to God's Word and not the culture we are living in.

I'm thankful you were not silent. And I'm thankful for the process - those who did what was right, contacting behind the scenes, etc. so that the reversal letter comes across with humility and sincerity and shows the strength and unity that DOES exist within the Body of Christ.

I'm guessing that W.V. will take another "hit" from those who view their stance and bigoted and hateful. May Christ be lifted up, obeyed, adored. Forever.

World Vision's headquarters are not far from us here in WA State. They have long been an organization I admire; and even wanted to work for at one time. I was equally stunned, & equally relieved with their decision & reversal. What tough times are these for those wanting to hold to God's inerrant word! 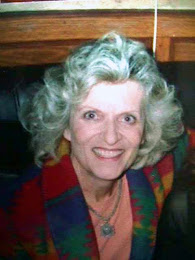